These resources are curated by Dr. Charmain Jackman, a Harvard-trained psychologist with 23+ years in the mental health field. She is the founder of InnoPsych, Inc., an organization on a mission to disrupt racial disparities in mental health.

“My charge from the A.R.T was to think about the audience experience while watching 1776 and provide recommendations through a culturally responsive and trauma-informed lens. In creating the resources that follow, I engaged my experiences as a Black woman, psychologist, educator, and advocate for inclusion and belonging. I have curated resources that increase our awareness and understanding of the impact of enslavement and White Supremacy on the psyche of the descendants of the enslaved and the enslavers. However, regardless of our racial background, we have all been impacted by colonization and enslavement. To that point, the resources can be used by everyone. Be well on your healing journey.” – Dr. Jackman

What is racial trauma?

Racial trauma is the emotional, cognitive, and behavioral reactions that people experience in response to racial bias, discrimination, and racially motivated actions such as micro-aggressions, workplace bullying, police profiling, racial violence, and racial injustice due to systemic racism and white supremacy. These reactions can manifest as: flashbacks; avoidance of triggering people, content, or spaces; shutting down; withdrawing; emotional triggers when confronted with reminders of the events; distressing thoughts; hyper-vigilance or always on guard; and mood changes and irritability.

Other forms of racial trauma include historical trauma and collective trauma. These are traumas that groups of people with similar social identities (e.g., race, ethnicity, religion, immigration status, etc.) have experienced in the past or that they have experienced or witnessed at the same time. While these traumatic experiences may have happened in the distant past, they often have very present-day impacts. For example, the enslavement of Africans, the Holocaust, and the public murder of George Floyd.

What happens when we experience a trauma?

When we are triggered, feel threatened, or fear for our lives, our bodies engage in an automatic response directed toward the perceived threat or danger. We exhibit these responses in many situations such as environmental events, accidents, life-threatening situations, and even discussions of race. Trauma lives in our memories and in our bodies. 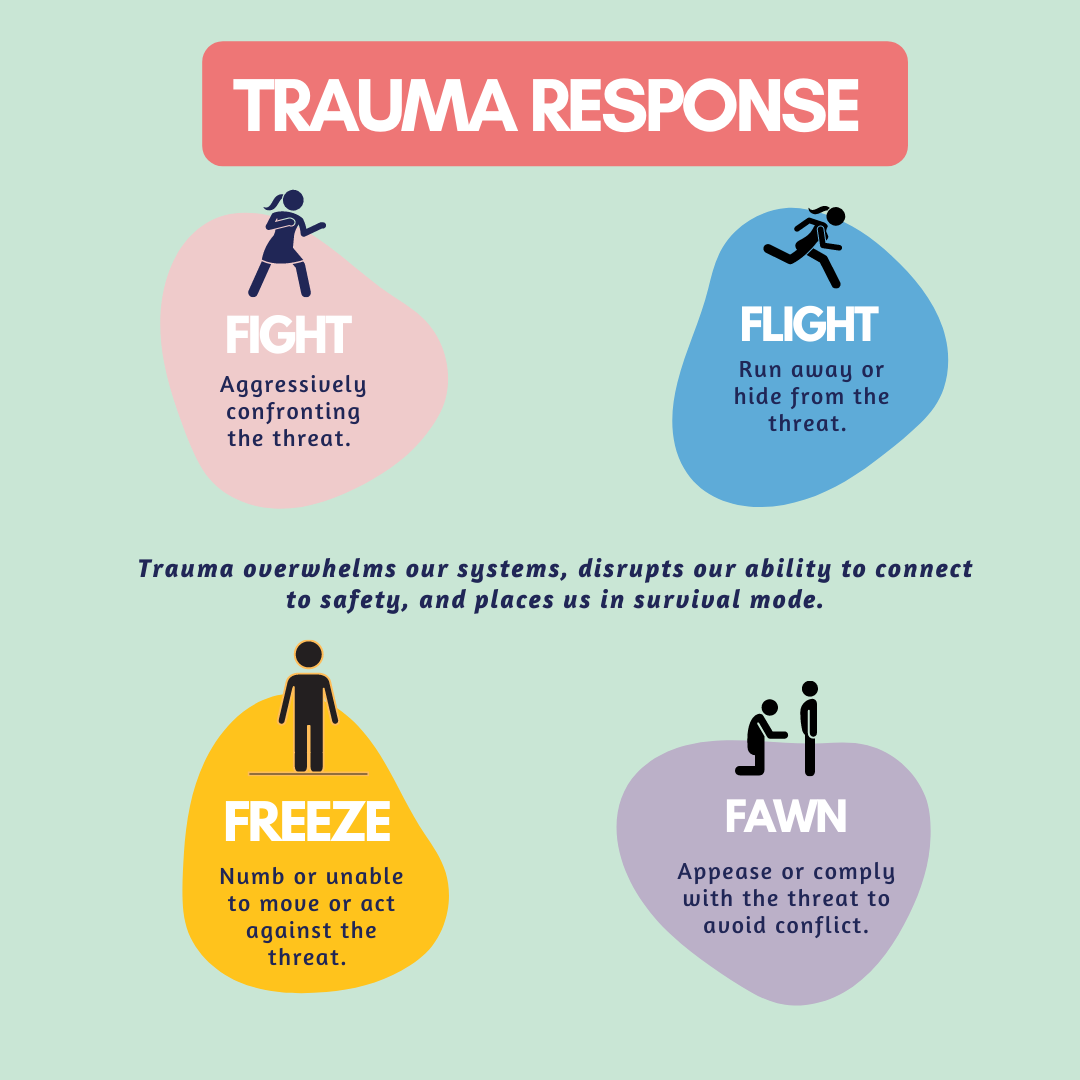 What can I do when I feel triggered?

Mindfulness is a stress reduction practice that helps you to slow down by using your breath, focusing on the present, and engaging in curiosity and kindness. Engaging in a daily mindfulness practice can help you to deal more effectively with triggers and traumatic events.

Grounding techniques help us reconnect to our surroundings when they are feeling triggered and flooded with emotion, overwhelmed with negative thoughts, or experiencing a panic attack.

Breathing techniques are ways to focus on our breath with intention and to slow down our heart rate and thought process when we are feeling overwhelmed.

Choose one of these exercises to practice daily:

What do you notice after completing these exercises?

Here are some additional resources that support the healing process.