This play begins on the shore of a tiny island, six hours by boat from the South Korean mainland, with three haenyeos harvesting seafood. Celine, what are haenyeos, and how did you become interested in writing a play about them?

Celine Song: Haenyeos are women who dive into the ocean for seafood off the coast of South Korea. There, haenyeos are part of the national conversation about rural life and the preservation of traditional culture. I lived in Seoul until I was twelve years old, so I’ve known about these women since I was a child, but I had completely forgotten about them when I immigrated with my family to Canada.

Then, a few years ago, I was hanging out with my mom in Toronto, and we watched a Korean documentary about the island of Man-Jae, where a group of very old haenyeos were living. I knew that Man-Jae is an island far from the South Korean mainland, and while I watched the documentary, I was thinking about how these haenyeos’ whole lives were unfolding on this little piece of rock. Meanwhile, I was living in Manhattan, paying outrageous rent and writing plays. I was struck by the fact that both the haenyeos and I are Korean, both living on islands, yet we are so different—we are almost different species.

Endlings also follows Ha Young, a Korean-Canadian playwright grappling with her own (and others’) fascination with the haenyeos. How did a play about haenyeos begin to merge with your own story as an author and as an immigrant?

CS: I always think about theater as a kind of conquest: a theater is an empty space for which someone pays rent; someone pays to keep the lights on. As a writer, you’re trying to conquer that space and make it yours. Before I wrote Endlings, I was trying to conquer the theater by speaking the language of the people who own the stages: I was writing what I call “white plays” —plays in which the characters and the cast were not specifically of any race, which usually meant that they were cast with white actors by default—or plays that were implicitly aligned with white patriarchy.

But as I wrote Endlings, I realized that even if I did manage to conquer a stage with a “white play,” it wouldn’t truly be me doing the conquering—I wouldn’t be embracing where I came from, who I am. Writing this play revealed to me, very deeply, just how much of an immigrant I am. Ha Young is actually my Korean name—when my family immigrated, we tried to make the transition as smooth as possible. One way to do that was to erase our names, find new ones that our white teachers could pronounce. But the truth is, I love my name Celine. It is now more my name than my Korean name, because it’s what I’ve been called for my eighteen years of life as an immigrant. So if you ask me where I am from, my answer is not Korea or Canada or America—it is “I am an immigrant.” I don’t have a hometown or a home country. Where my family is is my home.

By writing a play about this version of myself and the haenyeos, I realized that even though we are not similar at all, we share something important—and I am not truly conquering unless I bring them with me. 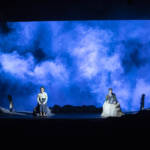 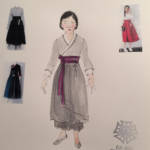 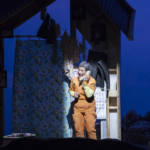 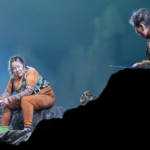 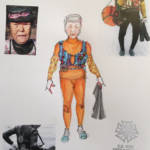 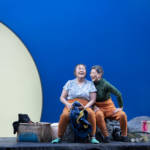 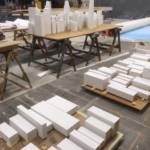 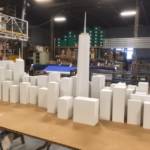 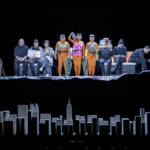 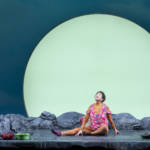 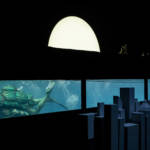 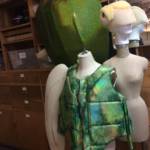 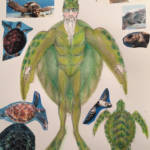 Sammi, what is the world of this play, and how are you bringing it to life onstage?

Sammi Cannold: The play is set on two islands. The first act is set on Man-Jae Island, and the action there takes place both on land and underwater. The design team and I have embraced many of the real elements that you would see if you actually traveled to Man-Jae: we have a beach and the haenyeos’ houses, and we also have a body of water onstage where we can see the haenyeos swim, dive, and harvest seafood. Then, Act II takes us to the home of Ha Young in Manhattan, where she is figuring out how to tell this story, even as it’s being told.

Actually having the haenyeos swim onstage poses great challenges for design, production, and performance. Why was it important for you as a director to make sure the play included underwater elements?

SC: It was important for me to bring Man-Jae Island to life in the most naturalistic way possible because what these women do underwater is so athletic and virtuosic. As Celine shows us in the play, some of the women have trouble walking on the rocky beach, but the second they enter the water, they essentially become mermaids. If we only show them on land, we’re not presenting a full picture of their lives, and it felt critical to honor their expertise.

As a director, I’ve always connected to complexity, and to things that should be impossible in theater—because personally, that is the theater I have enjoyed the most. I have never really known how to stage plays that rely primarily on simplicity, but I feel really at home in the world of logistical problem-solving. It’s why I think I’ve frequently tackled site-specific projects, such as Violet on a bus at the A.R.T. I’m so excited about how telling stories in non-traditional locations and/or with non-traditional approaches can create another level of connection and engagement for audiences. And for Endlings, we’re so lucky to be working with a team and a theater that both delight in those sorts of challenges. I hear the A.R.T.’s mission to expand the boundaries of theater as a call for us to go further and try harder to do things that seem to be impossible.

Another unconventional element of this play is its cast: Endlings centers on four Asian women, depicted with complete storylines at a time when fully realized Asian characters are rare in Western theater and film. What has it been like to challenge that status quo?

CS: Often, Asian women in Western media aren’t given the full dignity of human beings. They are onscreen or onstage only to serve white stories. In this play, that is obviously not the case. We’re lucky to have a spectacular cast for this production. They’ve all done incredible work in their careers. This is hardly the first time any of them have been given a substantial or meaty role. But in a way, they still remind me of the haenyeos: they have been devoted to a craft for decades, even though the real estate available to them is often inhospitable. That they’ve been able to succeed consistently is not proof against the uphill battle they face—it’s just proof of their own strength and ability.

SC: I think we’re also challenging an ageism too often present in theater: there’s an idea that once you’re a certain age, you can no longer play certain parts or do certain things. But the haenyeos—and the women playing them here—are setting an example for us in demonstrating that you’re never too old to do incredible work. To our knowledge, the oldest haenyeo in South Korea right now is 98 years old, and she dives every day.

As part of your research for the production, Sammi, you traveled to South Korea to meet haenyeos in person and learn about their work. What can you tell us about that trip?

SC: I traveled with Diane Borger, A.R.T.’s Executive Producer, to Jeju Island, in addition to a number of other cities in South Korea. There are four thousand haenyeos currently living on Jeju—we stayed in a fishing town where many of them live, so we got to wake up in the morning and watch them dive into the sea. We also visited a haenyeo museum and watched a haenyeo diving show. We got to know several groups of haenyeos and discuss the play with them. That experience was very helpful from a research perspective, and it was also important for me to understand their culture firsthand, rather than just through the videos that you can find online.

Diane and I also planned to visit Man-Jae Island, but we ultimately weren’t able to make the final leg of the trip due to rough seas. We started on Jeju, took a five-hour ferry to a city called Mokpo, and there, we were told that the six-hour fishing boat journey to Man-Jae was too dangerous in current conditions and it was unclear when it might be safe again. More than disappointment, that experience made the play feel real to me. I felt how cut off these women actually are from the outside world.

Celine, Endlings makes a comparison between going to a play and making an immigrant’s journey: by visiting this remote island and its stories, the audience is transported to a new place. How does that experience work?

CS: Immigration means that you will never be the same again. When I left Korea, that move meant that, on some level, I was abandoning what it is like to be Korean. And I can also never “fully” be Canadian or a New Yorker. When you immigrate, you enter into a space where you are no longer what you were. So my dream is for people to come see this play and really feel like an immigrant. I don’t want the way you look at the ocean, the way you think about real estate, the way you think about your grandmothers, to ever be the same again.

Celine Song’s new play follows three extraordinary women both on land and underwater as they swim beneath the waves and reach beyond the shores of their tiny island.