Like most memories, my recollection of the 1992 Los Angeles uprising (referred to as “Sa-I-Gu,” or April 29, in Korean) is a mesh of vivid scenes and inexplicable gaps. The uprising was both distant and immediate. Images of protests and burning buildings came through television screens into the classroom and living room, yet rumors circulated that one of those buildings was the Compton Swap Meet, where my parents sold goods from two stalls, where my brother and I spent hours playing Ms. Pac-Man at the arcade and complaining that we were bored. We watched the uprising unfold from a suburban house that my parents had just purchased, our distance from the intense conflicts directly linked to the conditions from which they emerged. My parents had bought me the luxury of observing the uprising with a detached excitement, a luxury denied to the customers who came by for jewelry or perfume. What my parents felt or said during this time, I do not remember and still hesitate to ask.

Even before Latasha Harlins, only 15, was shot and killed by Soon Ja Du, a Korean American woman, in a store run by Du, major boycotts in New York in the 1980s and 1990s drew attention to a sense of growing friction between Black residents and Korean American merchants. While various parties blamed these tensions on “cultural differences,” the flight of capital in the preceding decades from Black neighborhoods contributed to their economic depression while giving immigrants with some access to funds an opportunity to establish businesses in these areas.1 Although it would take me years to articulate these connections, the uprising was the event that unsettled the narrative of immigrant uplift my family seemed to embody, that made visible the line between our social mobility and the long history and present of anti-Black violence and dispossession. This mobility, however, also had its roots in the wars and political battles on the Korean Peninsula, including the Korean War and the American occupation. If a response to anti-immigrant and anti-refugee sentiment is to insist that “we are here because you were there,” it is also worth pondering where exactly “here” is, or how what looks like an opening might actually be a wound.2

I was introduced to Anna Deavere Smith’s Twilight: Los Angeles, 1992 as a graduate student, about a decade after the uprising. While my own memories of the uprising and my family’s complex relationship to it made Smith’s weaving of a “ragged tapestry of American identities” immediately compelling, I was also struck by the boldness of offering cross-racial performances as one kind of response to interracial conflict.3 Reflecting on her performance practice, Smith explained, “I became increasingly convinced that the activity of reenactment could tell us as much, if not more, about another individual than the process of learning about the other by using the self as a frame of reference.”4 It seems even riskier now, compared to three decades ago, for Smith, or the actors in the current production of Twilight, to reenact people across lines of gender, sexuality, race, ethnicity, and ability. The long history of damaging cross-racial performances like blackface minstrelsy and exclusionary practices in casting have rightfully elicited critiques, even as productions have also played with non-traditional casting to unsettle this history. As envisioned by Smith, the specific promise of this practice lies between caricature that simply rehearses harmful tropes and performances that uncritically assume that playing the other is just what actors do. Instead of evaluating a performer’s attempt in Twilight to speak in an unfamiliar language or to replicate another’s accent and gestures in terms of its proximity to the original subject, can we see the gaps manifested by the performance as revealing the seams where the history embodied by one person is unevenly sutured onto the history embodied by the other? Might the “break” that is thus articulated help illuminate the limits of imagining “coming together” as a rhetorical feat, as opposed to a project of confronting the histories, as well as idiosyncrasies, carried by our bodies, those generations-long imprints that inevitably form the contours of the space between us and others?5

Twilight helps us to sense the shape of those spaces. It is not a guide to bridging them so much as a rendering of connections that often only materialize as ruptures. Through the bodies of performers straining to join divergent histories, the play sits Reginald Denny’s “happy room” without color lines next to Paul Parker’s “No Justice No Peace Room,” where the struggle for justice for Black people is far from over, next to Young Soon Han’s lament that justice was denied Korean Americans. Thirty years later, Twilight asks us again, what does it mean to imagine an architecture for justice capacious enough to hold, and not just smooth over, these fractures and contradictions? I return to Twilight as I would return home, heavy with despair and longing, uncertain what this fraught togetherness will bear. 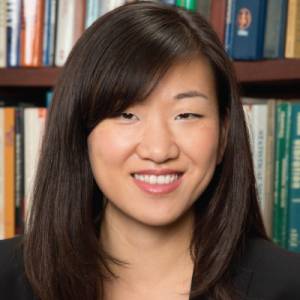 [1] I write about this context in relation to Smith’s Twilight and Elizabeth Wong’s Kimchee and Chitlins in my book The Racial Mundane: Asian American Performance and the Embodied Everyday.

[2] “We are here because you were there” is attributed to Ambalavaner Sivanandan, a British-Sri Lankan writer and intellectual.

[5] I am in conversation here with Smith’s “Gathering.”

Much has happened in America since 1992. And much has not.

Much has happened in America since 1992. And much has not.

A Note from Dr. Elizabeth Alexander

Twilight’s prescience lies in its power to capture that past moment of social strife and conflict in Los Angeles while also conveying revelations about our current troubling era.

Twilight’s prescience lies in its power to capture that past moment of social strife and conflict in Los Angeles while also conveying revelations about our current troubling era.

Anna Deavere Smith at the A.R.T.

In the 30 years since Twilight: Los Angeles, 1992 made its world premiere, Anna Deavere Smith’s landmark documentary performances have borne witness to communities in crisis across the US and internationally.

In the 30 years since Twilight: Los Angeles, 1992 made its world premiere, Anna Deavere Smith’s landmark documentary performances have borne witness to communities in crisis across the US and internationally.

Called “a riot,” “a revolution,” and “a social explosion,” the events that followed the police officers’ acquittal in Rodney King’s police brutality case drew worldwide attention—and inspired Anna Deavere Smith to dissect the anatomy of the civil unrest.

Harvard scholars Ju Yon Kim, Tracy K. Smith, and Timothy Patrick McCarthy reflect on the theatrical landmark, its new revision, and what has happened in this country since its premiere.