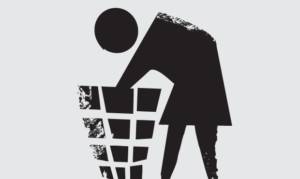 In exploration and celebration of the issues explored in O.P.C., the A.R.T. welcomed audiences to a series of free events, including skillshares, post-show discussions, and an interactive lobby experience featuring artists from our community.

Really, Really Free Weekends at the A.R.T. for O.P.C

Saturday, December 13, 12:15-1:15PM: Pre-Show Skillshare
How-to homebrew kombucha and brine (for your holiday bird) with Christopher Teare (download the instructions here); how to make a “Book Safe” with Janet Kalish.

Saturday, January 3, 12:15-1:15PM: Pre-Show Skillshare
Come craft upcycled books with Athena Moore: The exposed sewing of the link stitch binding is not only attractive, but also opens perfectly flat, making it great for drawing or journaling. This workshop will be an engaging and enjoyable entry into the world of bookbinding. Participants will have the opportunity to make at least one (if not two!) blank books.

Policy makers, activists, and scholars participated in moderated discussions that took a deeper look at the issues raised in O.P.C. These events were open to anyone with a ticket to any performance of O.P.C.

Thursday, December 4, following the 7:30PM performance: Discussion with the Ash Center for Democratic Governance and Innovation at the Harvard Kennedy School

Aisha Bhoori
Aisha Bhoori is a freshman at Harvard College and prospective concentrator in Government and Philosophy. She is interested in harnessing literary criticism and political theory to promote social justice—whether as a journalist or politician. On campus, she examines the dialectic as Associate Books and Arts Editor of the Harvard Political Review, promotes awareness of intersectional feminism as a Board member of Harvard’s International Women’s Rights Collective, performs spoken word poetry with Speak Out Loud, and upholds progressive ideals through the Harvard College Democrats. Her second home is the Institute of Politics at the John F. Kennedy School of Government where she combats paternalistic activism in the Community Action Committee, debates in Harvard Political Union, and examines Massachusetts turnaround school models in the Education Policy Group. In her free time, Aisha contributes to Her Campus Harvard and Harvard’s Journal for Public Interest. Her pieces have been featured in the Axis of Logic, Azizah: The Voice for Muslim Women, The Copperfield Review, Dog Eat Crow Magazine, Eunoia Review, the Middletown Patch, SuhaibWebb.com, Three Line Poetry, and United 4 Social Change.

Eve Ensler
Eve Ensler is the Tony Award-winning playwright, activist and author of the OBIE award-winning play The Vagina Monologues that has been published in 48 languages and performed in over 140 countries. Plays include Necessary Targets, The Treatment, The Good Body, and Emotional Creature. Her books include Insecure At Last: A Political Memoir; A Memory, a Monologue, a Rant and a Prayer, New York Times bestseller I Am An Emotional Creature, and her latest critically acclaimed memoir In the Body of the World. She is also the founder of V-Day, the global activist movement to end violence against women and girls that grew out of The Vagina Monologues and has raised over 100 million dollars towards ending violence, and founder of the One Billion Rising campaign, where people danced and rose for freedom and justice in over 207 countries.

Dr. Daniel P. Schrag
Director of the Harvard University Center for the Environment
Daniel P. Schrag is the Sturgis Hooper Professor of Geology at Harvard University, Professor of Environmental Science and Engineering, and Director of the Harvard University Center for the Environment. Schrag studies climate and climate change over the broadest range of Earth history. He is particularly interested in how information on climate change from the geologic past can lead to better understanding of anthropogenic climate change in the future. In addition to his work on geochemistry and climatology, Schrag studies energy technology and policy, including carbon capture and storage and low-carbon synthetic fuels. Schrag currently serves on President Obama’s Council of Advisors on Science and Technology. Among various honors, he is the recipient of the James B. Macelwane Medal from the American Geophysical Union and a MacArthur Fellowship. Schrag earned a B.S. in geology and geophysics and political science from Yale University and his Ph.D. in geology from the University of California at Berkeley. He came to Harvard in 1997 after teaching at Princeton.

Dr. Stephen Ansolabehere
Stephen Ansolabehere is Professor of Government at Harvard University. He is an expert in public opinion and elections, and has published extensively on elections, mass media, and representation, political economy, and public opinion, especially concerning energy and the environment. He is author of four books: The Media Game, Going Negative, American Government, andThe End of Inequality. He is a Carnegie Scholar (2000), a Hoover National Fellow (1994), and Truman Scholar (1982) and was inducted into the American Academy of Arts and Sciences in 2007. He directed the Caltech/MIT Voting Technology Project from its founding in 2000 through 2004; is a member of the Board of Overseers of the American National Election Study and the Reuters Institute of Journalism at Oxford University; and consults for CBS News Election Decision Desk. He is the principal investigator of the Cooperative Congressional Election Study, a collaborative effort of over 60 universities and colleges in the United States.

Naomi Klein
Naomi Klein is an award-winning journalist, syndicated columnist, and author of the New York Times and #1 international bestseller The Shock Doctrine: The Rise of Disaster Capitalism. Her first book, No Logo: Taking Aim at the Brand Bullies, was also an international bestseller. Klein is a contributing editor for Harper’s and reporter for Rolling Stone and writes a syndicated column for The Nation and the Guardian. – See more at: http://authors.simonandschuster.com/Naomi-Klein/405750861#sthash.ypCSNSdO.dpuf

Naomi Klein is an award-winning journalist, syndicated columnist, and author of the New York Times and #1 international bestseller The Shock Doctrine: The Rise of Disaster Capitalism. Her first book, No Logo: Taking Aim at the Brand Bullies, was also an international bestseller. Klein is a contributing editor for Harper’s and reporter for Rolling Stone and writes a syndicated column for The Nation and The Guardian. Her most recent book, This Changes Everything: Capitalism vs. The Climate advances the idea that the climate crisis challenges us to abandon the core “free market” ideology of our time, restructure the global economy, and remake our political systems. Read the book review here.

Dr. Dan McKanan
Dan McKanan joined the Harvard Divinity School faculty in July 2008 as Ralph Waldo Emerson Unitarian Universalist Association Senior Lecturer in Divinity. His research focuses on religious movements for social transformation in the United States from the abolitionist era to the present, with a particular emphasis on the contributions liberal and esoteric religious traditions make to sociopolitical radicalism. He also teaches and writes on Unitarian Universalist history, theology, and ethics. His first book, Identifying the Image of God: Radical Christians and Nonviolent Power in the Antebellum United States (2002), explores theological understandings of violence and nonviolence among abolitionists, pacifists, and temperance activists. Touching the World: Christian Communities Transforming Society (2007) andThe Catholic Worker After Dorothy: Practicing the Works of Mercy in a New Generation (2008) deal with the Camphill and Catholic Worker networks of intentional communities. Prophetic Encounters: Religion and the American Radical Tradition (2011), winner of the Frederic G. Melcher Book Award, is a general history of religion and the Left in the United States.Professor McKanan‘s current research explores economic and ecological themes in such esoteric traditions as Rosicrucianism, spiritualism, Theosophy, New Thought, and anthroposophy. He is also working to compile a new collection of primary sources for Unitarian Universalist history.

Rachael Kadish and Maximus Thaler started The Gleaners’ Kitchen while they were living in a collective house on the Tufts University campus. In the spring of 2013 they served free public meals made from 100% dumpstered food. Most recently, The Gleaners’ Kitchen has catered the 2014 HONK! festival, and published a dumpster inspired cookbook titled A Curious Harvest: The Practical Art of Cooking Everything.

Nancy Benignus, a former academic and social service professional, left the “rat race” early to live a freegan lifestyle. She now helps friends out babysitting and doing research; teaches and makes art; dumpsterdives; and lives a more relaxed life.  She specializes in making art from recycled and found objects.  Some of her freegan friends also say she specializes in gleaning from Duane Reade’s garbage.

Janet Kalish is a former high school Spanish teacher who has recently left that career after 28 years in the New York City public school system.  She is very active in the New York City freegan group, freegan.info. She strives to salvage as much as possible and to redirect food and discarded objects to find new homes.

Each week, we spotlighted a different community partner working in the field of climate change, grassroots activism, or socially conscious art-making.

Artists for Humanity runs a paid-apprenticeship for under-resourced teens that connects them with professional artists. Apprentices work with mentors on innovative projects and learn about creativity, collaboration, critical thinking, and problem-solving in real world contexts.

Cambridge Rindge and Latin School is a public-high school in Cambridge. With A.R.T. teaching artists, students in Debi Milligan’s Advanced Photography class studied images by artists Gregg Segal and Chris Jordan before embarking on their own project to artistically document trash and waste around Cambridge.

Food for Free takes food that might otherwise go to waste at restaurants, farms, stores and bakeries. They then redistribute it to the people who need it most—including shelters and Cambridge residents who can’t leave their homes due to disability or sickness.

350 Massachusetts/Better Future Project is a grassroots network of climate change activists that work together to engage communities, lawmakers, and the media around fossil fuel divestment and climate legacy.