In conversation with A.R.T. Director of Artistic Programs Ryan McKittrick, Professor Ramie Targoff discusses the queens brought to life onstage in SIX and how they—and other women of the Tudor era—have been portrayed throughout history.

The evening will begin with a light reception in the Loeb Drama Center West Lobby. The discussion will begin at 6:30PM in the theater.

Support the A.R.T. and have access to exclusive benefits.

Support the A.R.T. and have access to exclusive benefits. 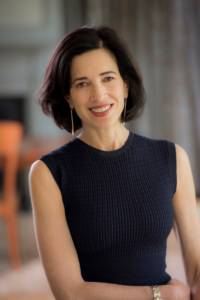 Ramie Targoff is Professor of English, Co-Chair of Italian Studies, and Director of the Mandel Center for the Humanities at Brandeis University, where she has been teaching since 2001. She is the author of Common Prayer: The Language of Public Devotion (Chicago UP, 2001); John Donne, Body and Soul (Chicago UP, 2008); Posthumous Love: Eros and the Afterlife in Renaissance England (Chicago UP, 2014); and Renaissance Woman: The Life of Vittoria Colonna (Farrar, Straus & Giroux, 2018). She is the recipient of fellowships from the John Simon Guggenheim Memorial Foundation, the American Council of Learned Societies, the Wissenschaftskolleg zu Berlin, and has been a Scholar in Residence at the American Academy in Rome. Her latest project, Shakespeare’s Sisters is a group biography of four women writers in Renaissance England. She lives in Cambridge, MA with her husband, Stephen Greenblatt, and their son, Harry.