Jake Weinstein and Sarah Naughton are thrilled to return with their new hit show Javanka 2020: On The Trail! Sarah and Jake portray America’s first daughter and son-in-law in this riotous satirical cabaret. Told through their favorite medium of musical comedy, Jared and Ivanka are on the campaign trail to spread the gospel of Trump and rally the troops for the 2020 re-election. Featuring their spin on Sondheim to Adele with original music too, Javanka have secrets to spill and hidden talents to share. Take a break from the impeachment trial and come hear Jared and Ivanka sing!

JAVANKA […] is a genius concept from ultra-talented duo Sarah Naughton and Jake Weinstein.

Quite a number of cabaret shows have dealt with the recent politics of the United States, but none with such a funny and upbeat tone. 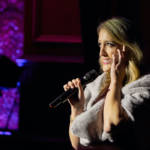 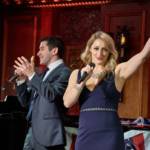 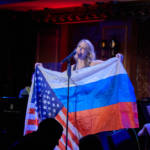 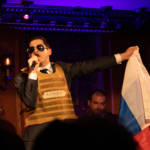 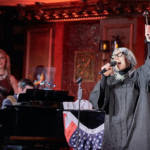 Jake Weinstein is performer, composer, and creator in New York City. Favorite performing credits include Peter in Peter and the Wolf (BAM), Andy Lee in 42nd Street (Ogunquit Playhouse), Mark in A Chorus Line (National Tour), Beats in Chasing the Song (La Jolla Playhouse), and The Conductor in AcousticaElectronica (OBERON, House of Yes). Jake served as Co-Director/Choreographer, Composer, and Performer in the short film “Ode to the Singing Butler,” for which his score won 1st Place at the Golden Key Composition Competition in Vienna, Austria. The film has appeared in festivals around the country and can now be viewed online. Jake studied piano at the New England Conservatory of Music and received his B.A. from NYU Gallatin School of Individualized Study concentrating in musical theatre performance, music composition, and producing. Jake is a proud member of Actors’ Equity. Check out his website www.jakeweinstein.com and instagram @jakeweinstein1.

Sarah Naughton is a singer, actress, and Audie-nominated audiobook narrator living in New York. Some favorite credits include: New York Theater: Saturday Night (Second Stage), REAL (The Tank), Death Comes for the War Poets (The Sheen Center), Romeo and Juliet (Lincoln Center – Clark Studio Theater), and Diamond Alice (Roundabout Underground). Regional Theater: Mame (Human Race Theater Co), AcousticaElectronica (OBERON), and Meet Me In St. Louis (Mt. Gretna Playhouse). Sarah has narrated over 100 audiobooks which are all available on audible.com. Additionally, Sarah is a comedy veteran and has performed stand-up on ABC’s The View as well as at major NYC venues such as New York Comedy Club, Stand Up NY, and The PIT. Sarah is also a member an immersive dance theater company called toUch performance art and she works as an assistant teaching artist for CO/LAB theater group, a non-profit organization that has been providing individuals with developmental disabilities a creative and social outlet through theater arts since 2011. Sarah holds a BFA from NYU Tisch and is a proud member of Actors’ Equity. Check out her website www.sarah-naughton.com and instagram @illuminaughton.