This event has been cancelled.

Like many of you, we are staying informed about the events surrounding the global outbreak of the coronavirus. The health and safety of our staff, artists, and audiences is of utmost importance. We have decided to cancel Resistance Mic! and current ticket holders will be contacted about how to handle their tickets. If you have any questions please contact our Ticket Services Office at 617.547.8300 (Tuesday – Sunday, noon – 5PM) or ticketservices@amrep.org.

The 2016 election inspired a broad-based Resistance not seen in the United States in decades. People from all walks of life have been protesting, marching, mobilizing, and organizing in an effort to take back the country and create a more compassionate and just world. Artists are vital to this work. The American Repertory Theater, in collaboration with the literary magazine Pangyrus, welcomes the third season of Resistance Mic!, a series of intimate, curated evenings where a diverse collective of artists will take the stage to perform truth to power in these troubled times.

Launched on November 9, 2017—the one-year anniversary of the day after the 2016 election—Resistance Mic! is part of the A.R.T. of Human Rights series, an ongoing collaboration between the American Repertory Theater and Harvard Kennedy School’s Carr Center for Human Rights Policy. The host is Timothy Patrick McCarthy.

Sari Boren is a playwright, essayist, and museum exhibit developer. Her solo play EXHIBITING premiered in 2019 at Newton Theatre Company, as did her short play TO REST at the Somerville Theater Festival. Last year she was also a member of Company One Theater’s PlayLab Unit for emerging playwrights. Her essays have been published in numerous journals, and her essay “The Slurry Wall,” which she read at a previous Resistance Mic!, is a Notable Essay in The Best American Essays 2019. She has worked on over 50 museum exhibits around the country, co-manages Boston’s Four Stories reading series, and teaches writing at Grub Street. For more on Sari, please visit https://www.sariboren.com.

Sue Hyde is an unrepentant lifelong resister and community organizer, beginning at Beardstown (IL) High School when she and two friends defied the repressive dress code by wearing jeans to school. She served as the indefatigable director of the National LGBTQ Task Force’s Creating Change Conference for 30 years and, in June 2018, became the Executive Director of the Wild Geese Foundation. Beacon Press published her book Come Out and Win: Organizing Yourself, You Community, and Your World in 2007.

Jennifer Haigh (Instagram @missjenniferhaigh) is a novelist and short story writer. Her novel HEAT AND LIGHT won a Literature Award from the American Academy of Arts and Letters, and was named a Best Book of 2016 by The New York Times, The Washington Post, The Wall Street Journal and NPR. Her previous books include FAITH, THE CONDITION, BAKER TOWERS and MRS. KIMBLE, winner of the PEN/Hemingway Award for debut fiction, and the short story collection NEWS FROM HEAVEN, winner of the Massachusetts Book Award and the PEN New England Award in Fiction. Her short stories have been published in Granta, The Atlantic, The Best American Short Stories and many other places. She lives in Boston. For more on Jennifer, please visit  https://www.jennifer-haigh.com.

Noam Shuster (Twitter @ShusterNoam) is a freelance comedian, performer, peacebuilder and activist. She grew up in Neve Shalom Wahat Al Salam. She performs in 3 languages—Hebrew, Arabic and English. In 2018, she was named the “New Jewish Comedian of the Year” in London. The same year, she was also the first Jewish performer in the Palestine Comedy Festival and her content went viral in the Arab media. Noam is now at Harvard developing her one woman show.

Sarah Sweeney (Twitter @LooseGringa) published her debut essay collection Tell Me If You’re Lying with Barrelhouse Books in 2016. Her essays and travel writing have appeared in the Boston Globe, Washington Post, Salon, Catapult, Gay Magazine, Munchies, Rumpus, and others. When she’s not hard at work on her second essay collection, vacationing in Mexico, and eating her way around town, Sarah works in travel and leads a team of in-house and international copywriters. For more on Sarah, please visit http://www.sarah-sweeney.com.

Artress Bethany White (Twitter @artresswhite) is a poet, essayist, and literary critic. She is the recipient of the 2018 Trio Award for her poetry collection, My Afmerica (Trio House Press, 2019). Her collection of essays, Survivor’s Guilt: Essays on Race and American Identity, is forthcoming from New Rivers Press/Minnesota State University in April 2020.Her prose and poetry have appeared in Harvard Review, Tupelo Quarterly, The Hopkins Review, Pleiades, Solstice, Poet Lore, Ecotone, Birmingham Poetry Review, and The Account. White has received the Mary Hambidge Distinguished Fellowship from the Hambidge Center for Creative Arts for her nonfiction, the Mona Van Duyn Scholarship in Poetry from the Sewanee Writers’ Conference, and writing residencies at The Writer’s Hotel and the Tupelo Press/MASS MoCA studios. She is currently poetry faculty for the Rosemont College MFA Program Summer Writers’ Retreat in Philadelphia, Pennsylvania. For more on Artress, please visit www.artressbethanywhite.com. 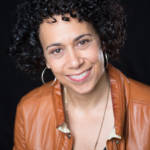 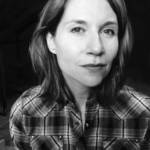 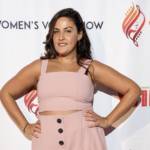 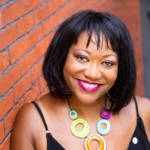 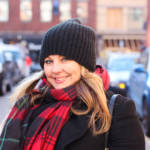 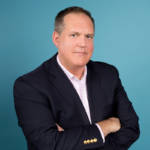 Timothy Patrick McCarthy (Twitter @DrTPM) is the host and director of Resistance Mic!, now in its third season at OBERON, the A.R.T.’s second stage theater. Tim is an award-winning scholar, writer, educator, and activist who has taught on the faculty at Harvard University since 2005. Twice named one of Harvard Crimson’s “Professors of the Year,” he is the recipient of the 2019 Manuel C. Carballo Award, the John F. Kennedy School’s highest teaching honor. Tim is also the Stanley Paterson Professor of American History in the Boston Clemente Course, a college humanities program for low-income adults in Dorchester, MA, and co-recipient of the 2015 National Humanities Medal. The son and grandson of public school teachers and faculty workers, he was educated at Harvard College and Columbia University, where he earned his Ph.D. in History. He is the author or editor of five books from the New Press, including the forthcoming Stonewall’s Children: Living Queer History in the Age of Liberation, Loss, and Love. For more on Tim, please visit https://www.hks.harvard.edu/faculty/timothy-patrick-mccarthy.

American Repertory Theater (@americanrep) at Harvard University is a leading force in American theater, producing groundbreaking work in Cambridge and beyond. The A.R.T. was founded in 1980 by Robert Brustein, who served as Artistic Director until 2002, when he was succeeded by Robert Woodruff. Diane Paulus began her tenure as Artistic Director in 2008. Under her leadership, the A.R.T. seeks to expand the boundaries of theater by programming events that immerse audiences in transformative theater experiences. Throughout its history, the A.R.T. has been honored with many distinguished awards, including consecutive Tony Awards for Best Revival of a Musical for Pippin and The Gershwins’ Porgy and Bess, as well as the Tony Award for Best Regional Theater. Under Paulus’s leadership, the A.R.T.’s club theater, OBERON, has become an incubator for local and emerging artists. Dedicated to making great theater accessible, the A.R.T. actively engages more than 5,000 community members and local students annually in project-based partnerships, workshops, conversations with artists, and other enrichment activities both at the theater and across the Greater Boston area.

Pangyrus LitMag (@Pangyrus) publishes stories, poems, essays and journalism that make artful and original connections, explore the unexpected, and break the constraints that keep people and ideas isolated. Based in Cambridge, Massachusetts, we publish continuously online, and in print twice a year, including a special Resistance-themed issue in Fall 2018. You can find our latest publications and news at pangyrus.com.